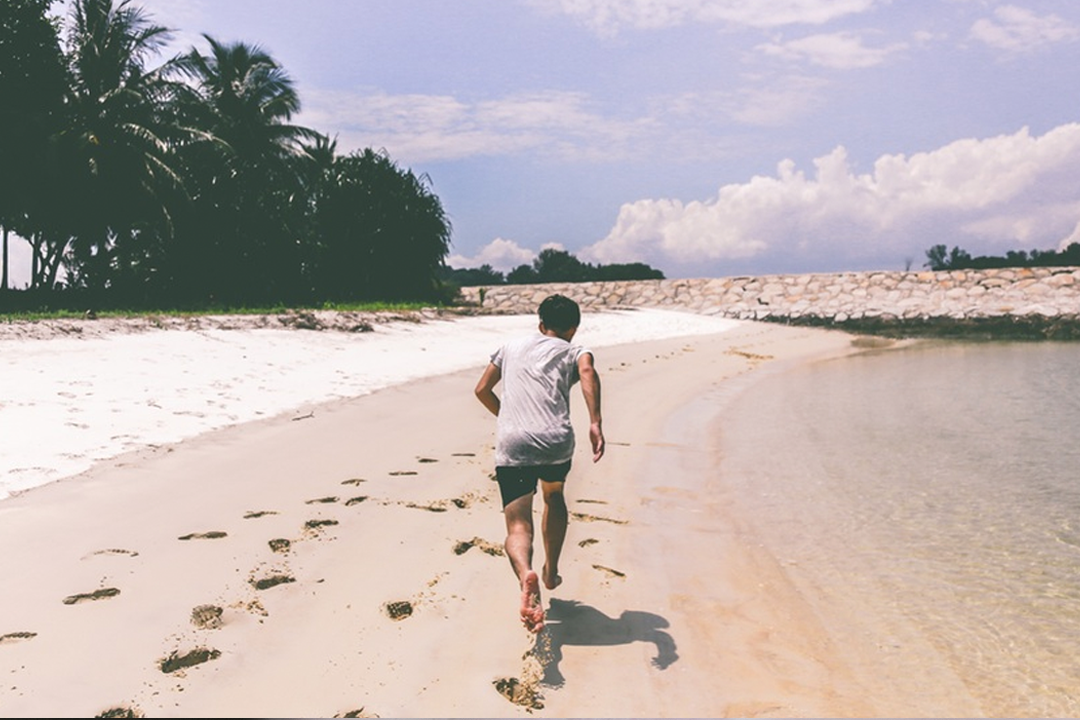 the benefits of exercise imagery

When Using Exercise Imagery, the Brain Responds as Though you are Exercising for Real

Neuroscience research has demonstrated that when someone imagines themselves exercising their brain will create the same reactions as though they were actually performing the physical exercise. This ranges from muscle activation and lighting neural pathways to chemical reactions and endorphin release. This means patients can gain some of the benefits, both physical and psychological, of physical activity.

Buccino et al. demonstrated that when someone is presented with verbal stimuli of a moving body part, the bodies motor systems for that particular body part are activated by the brain [Listening to Action-Related Sentences Modulates the Activity of the Motor System: A Combined TMS and Behavioral Study, 2004]
Denis Waitley, then head of the US Olympic Psychology team, found that when he asked runners to imagine running the ideal race in their minds, the runners muscles would activate and neural transmitters fire in exactly the same pattern and order as they would when actually running the race. [1980]
Richard Suinn discovered that when he asked to downhill skiers to imagine going down a run, their minds would produce a pattern of neural firings and a brain map identical to the ones found when the skiers actually hit the slopes [1984] (http://www.telegraph.co.uk/men/active/10568898/Sports-visualisation-how-to-imagine-your-way-to-success.html)
Decety et al. found during their study of central activation of autonomic effectors during exercise imagery that participants noted an increased sense of fatigue when asked to imagine performing leg exercises at an increased level of weight, highlighting how the brain works harder the greater the perceived level of the imagined exercise, just as we would if we were actually exercising [Central Activation of Autonomic Effectors During Mental Simulation of Motor Actions in man, 1993]
Guilot et al. discovered not only that EMG activity in the muscle increased when participants imagined themselves using the muscle, but that this level would increase further when the participants were asked to imagine using a heavier weight, correlating with the effects of actual physical activity [Muscular Responses During Motor Imagery as a Function of Muscle Contraction Types, 2007]

Many injuries can lead to a loss of movement and motor function across areas of the body, particularly with spinal injuries, whether temporary or more long lasting. When used alongside regular physiotherapy, it has been demonstrated that exercise imagery is capable of improving motor function and increasing the rate recovery.

Ertelt et al. found in their study into the effects of exercise imagery on stroke patients that through a four week trial of action observation, patients were able to significantly improve their own motor function through reactivation of motor areas [Action Observation has a Positive Impact on Rehabilitation of Motor Deficits after Stroke, 2007]
Guilot et al. looked into whether exercise imagery could improve grasp recovery of C6-C7 spinal-cord injury patients and found that patients who participated in the study significantly improved compensatory grasp movement, in this case the tendinosis grip, and also improved brain plasticity related to recovering motor function. [Improvement of Grasping after Motor Imagery in C6-C7 tetraplegia: A kinematic and MEG Pilot Study,2015]
In a further literature review into the effects of exercise imagery Guilot et al. concluded through their consideration of ten different studies that the brain adaptations induced by exercise imagery demonstrate its increasing potential to recover functional grasping movement in individuals with tetraplegia. [Motor Imagery Reinforces Brain Compensation of Reach-to-Grasp Movement after Cervical Spinal Cord Injury, 2015]
Porro et al. discovered that through action observation volunteers were able to greatly improve aspects of their basic motor performance, most notably force production, highlighting the capability of exercise imagery to improve motor function and therefore its possible uses in rehabilitation. [Enhancement of Force after Action Observation Behavioural and Neurophysiological Studies, 2007]
Page, Levine & Leonard found that, in a six-week study, the arm impairment had reduced and arm function had greatly improved in 32 chronic stroke patients who used exercise imagery alongside their regular physical therapy sessions, compared to those who had not [ Mental practice in chronic stroke: results of a randomized, placebo-controlled trial, 2007]
Cramer et al. found tera/paraplegic patients were able to recover movement through imagining moving their tongue and feet faster than those who did not. [Effects of imagery training after chronic, complete spinal cord injury, 2007]
Tamir, Dickstein & Huberman saw that Parkinson’s disease patients who visualised movement improved at a much faster rate than those who did not. [Integration of motor imagery and physical practice in group treatment applied to subjects with Parkinson’s disease, 2007]

Developing research has demonstrated the neural origins of strength. All of our muscles are controlled by, and are connected to, the mind. Exercise imagery can help build and reinforce the strength, speed and efficiency of these connection, leading to increased strength and all round improved muscle performance through higher activation levels, all before muscle hypertrophy or adaptation takes place.

Cole & Yue found that over a four-week trial period volunteers were able to increase the abduction strength of their little finger by 22% through visualising the movement repeatedly, demonstrating increased muscle strength as a result of using exercise imagery. They also found that no muscle hypertrophy occurred during the period, highlighting the neural origins of strength [Strength Increases from the Motor Program: Comparison of Training with Maximal Voluntary and Imagined Muscle Contractions, 1992]
Cornwall’s study found that by using exercise imagery volunteers were able to increase the isometric contraction strength of their right quadricep by 12.6% [Effect of Mental Practice on Isometric Muscle Strength, 1991]
Lebon et al. studied the effects of exercise imagery by asking participants to visualise chest press and leg press exercises, concluding that exercise imagery may help increase muscular strength through improved technical performance of exercise [Benefits of Motor Imagery Training on Muscle Strength, 2010]
Ranganathan et al. went further and studied the cortical output from the brain causing the movement. They found not only that through exercise imagery of the movement participants were able to improve their little finger abduction strength by 35% and their bicep flexion strength by 13.5%, but also that this was a direct result of the increased strength of the cortical output signal, caused by exercise imagery, leading to higher muscle activation levels. [From Mental Power to Muscle Power, 2004]

Exercise Imagery can Slow Down the Effects of Muscle Atrophy

One of the most overlooked side effects of any debilitating treatment is muscle atrophy. It is so important for all patients to stay active during treatment to keep them healthy, maintain their quality of life and even to give themselves the best chance of fighting disease. However, most patients are left tired and lethargic after treatment, leading to inactivity which leads to muscle atrophy, making their bodies weaker meaning leading them to be even less active. Exercise imagery can fight this by maintaining muscle strength during treatment, keeping patient’s fitter and stronger, giving them the best chance of staying active.

Clarke et al. demonstrated the role of the nervous system in muscle weakening during immobilisation during his study of wrist flexor strength, showing that those who used exercise imagery were able to halve the loss of strength in the immobilised muscle compared to the control group [The Power of the Mind: The Cortex as a Critical Determinant of Muscle Strength/Weakness, 2014]
Newsome, Knight and Balnave found that using exercise imagery prevented any significant change in wrist flexion or extension strength after short term immobilisation, whereas the strength of the control group decreased significantly [Use of Mental Imagery to Limit Strength Loss After Immobilization, 2003]

It has been shown that exercise imagery can directly influence cardiovascular and respiratory rate, helping to keep patients working when they are at their lowest points and are simply unable to exercise.

Brown, Kemp and Macefield showed that through first person viewing of exercise patients elicited the same physiological responses as if they were in fact exercising themselves, with noted increases in heart rate, respiratory rate and skin blood flow. [Increase in Muscle Sympathetic Nerve Activity, Heart Rate, Respiration and Skin Blood Flow during Passive Viewing of Exercise, 2013]
Calabrese et al. studied the effects of exercise imagery in those who did not have experience of performing the exercise they were being asked to imagine performing. It showed that even without experience cardiorespiratory responses were still induced, though in those with experience, responses were even more pronounced. [Cardioventilatory Changes Induced by Mentally Imaged Rowing,2004]
Decety et al. found increases in heart, ventilator and respiratory rate as he asked participants to imagine performing leg exercises. He also found that these rates increased proportionally as they were asked to imagine performing the same exercise at an increased weight. [Central Activation of Autonomic Effectors During Mental Simulation of Motor Actions in man, 1993]
Fusi et al. showed that exercise imagery as simple as imagined walking could lead to centrally induced changes in Cardioventilatory responses, such as ventilation and oxygen consumption, and particularly in respiratory rate. [Cardioventilatory Responses During Real or Imagined Walking at Low Speed, 2005]

This area of research is most commonly focused on by those in elite sport, getting professionals to focus upon and visualise specific skill elements from within their sport so they can perform the skill at a higher level come competition time. Whilst this suggests possible future applications for ‘active imagery’, it also shows further evidence of the positive impact of exercise imagery on the body, helping the mind and body to work more efficiently and effectively.

Driskel et al. performed an extensive literature review into whether exercise imagery was capable of improving performance, finding that the effects were significant and positive. [Does Mental Practice Enhance Performance, 1994]
Lebon et al. noted that exercise imagery lead to increased technical execution of the imagined skill, leading to increased performance [Benefits of Motor Imagery Training on Muscle Strength, 2010]
Pascual-Leone et al. studies the effects that exercise imagery of fine motor skills had within the brain and found that when imagining a five-fingered piano sequence, the cortical motor areas of the brain associated with the movement, grew at the same rate as those who actually practised the movement [Modulation of Muscle Responses Evoked by Transcranial Magnetic Stimulation During the Acquisition of New Fine Motor Skills, 1995]